Honouring the pioneer generation of Singapore 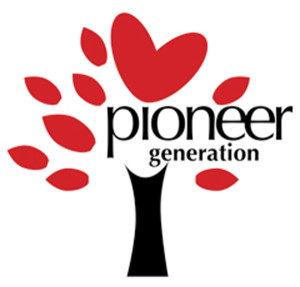 Singapore budget 2014 had assistance for businesses in the form of more value-creation activities, and support for the public in various forms. But the most important announcement, which also got the widest cheer, and highlights the Government’s commitment to build an inclusive society, is the Pioneer Generation Package (PGP), an $8 billion initiative to honour the first generation of Singaporeans after Singapore’s independence.

Deputy prime minister and finance minister of Singapore, Tharman Shanmugaratnam, while delivering his Budget speech in February noted that the goal of his government is to make the city-state “a fair and equitable society”, and PGP will play an important role in that. About 450,000 Singaporeans will benefit from this package which has additional healthcare benefits covering outpatient treatment, Medisave top-ups and medical insurance for life.

The package will benefit Singaporeans who were at least 16 years old in 1965 and became citizens by December 31, 1986. For those who marginally miss out on the criteria, a special panel will be established to assess appeals on a case-by-case basis. 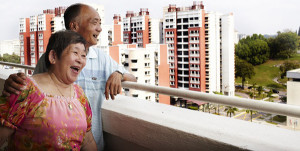 The PGP will have three key components – outpatient care, Medisave top-ups and MediShield Life subsidies. These special benefits will not be differentiated by income. However, members of the pioneer generation who are less well-off will benefit more where there are higher underlying subsidies for all lower- income Singaporeans.

• Additional 50% off subsidised bills at specialist outpatient clinics and polyclinics

For those Singaporeans aged 55 years and above in 2014, who are not eligible for PGP, the Government will provide a Medisave top-up of $100 to $200 annually over the next five years. The vast majority, those living in HDB flats, will get $200 a year.

How? The cost of providing these extra benefits to the pioneer generation over their lifetimes will be slightly over $9 billion in nominal terms. In a bid to meet the full projected cost of the package, the Government has set aside $8 billion into the PGP fund. “The $8 billion, with accumulated interest over time, will be enough to pay for the full projected cost of the package, including a buffer for inflation,” noted Tharman, while concluding, “With this fund, we assure the pioneer generation that Singapore will honour our commitment to them, regardless of future economic circumstances. The $8 billion PGP fund is not intended to cover the underlying healthcare subsidies that the pioneer generation receives together with all Singaporeans. These will continue to be funded from future annual budgets.”