SEOUL, South Korea, Dec. 4, 2017 /PRNewswire/ — Eone-Diagnomics Genome Center (EDGC), a Korean genetic analysis company, said today that it has started applying machine learning-based Artificial Intelligence (AI) technology to its non-invasive prenatal testing (NIPT) NICE®.
This is the first time such an attempt to apply AI technology to NIPT has been ever made, which will be the world’s first to launch AI Algorithm-based NIPT.
It has been agreed in the science and clinical space that the accuracy of the analysis may be impaired when the fetal DNA fragments present in the maternal blood are too low, or the sequenced genomics data are too small for somehow. These have been the very challenging obstacles to most NIPT practitioners are facing.
With the company’s in-house developed and patent-pending algorithms equipped with AI technology, the comapny is anticipating far more accurate results would be produced even when fetal DNA content in maternal blood is low by increasing the sensitivity and specificity. Increasing sensitivity and specificity is considered the core technology of NIPT.
The company recognizes Sung-Hou Kim, a UC Berkeley professor, for his effort and major involvment as the joint leadership of the project. Mr. Kim is the world’s most renowned academic leader in applying genomics data to machine learning. He serves as a scientific advisor of EDGC and is simulateneously working on applying AI technology to many other genomics services of the company as well.
"We have already confirmed that the sensitivity and specificity of NIPT are significantly improved compared to the conventional read count based Z-score method that has already been carried out so far," said Min-Seob Lee, the CEO of EDGC.
"With this AI application, we aim to bring the most accurate NIPT to market within 2018, and be recognized by the world as a company with the most advanced and one of a kind technology on a global scale by expanding the use of AI to various services of our compan32y," he added. 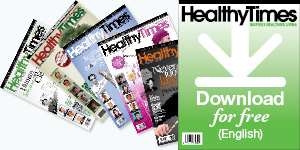